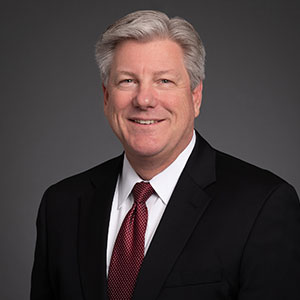 Daniel B. Moisand, CFP® is a principal and financial advisor at Moisand, Fitzgerald, Tamayo in Melbourne, Florida and has more than three decades of financial planning and investment experience.

During his career, he has made considerable contributions to CFP Board’s work. For example, from 1999-2001, he served on CFP Board’s Board of Practice Standards, helping to draft and promulgate the first Financial Planning Practice Standards for CFP® professionals. In 2008, Dan served as Chair of CFP Board’s Disciplinary and Ethics Commission, reviewing and taking appropriate action with respect to’ alleged violations of the ethical and practice standards for CFP® professionals.

Dan earned his Bachelor of Science in finance from Florida State University and earned his CFP® certification in 1994.