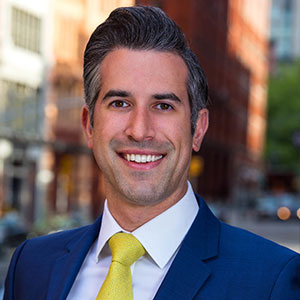 Douglas A. Boneparth is the president and founder of Bone Fide Wealth, LLC. Early in his career, he became one of the youngest CERTIFIED FINANCIAL PLANNER™ professionals in the country. Investopedia named him one of the Top 10 Most Influential Financial Advisors in 2018 and 2019 and currently sits on the CNBC Financial Advisor Council. Along with his wife, he is the co-author of The Millennial Money Fix (Career Press, 2017).

Passionate about his message, Douglas also provides financial education and literacy seminars across New York City. He has been a featured speaker at the NYU Stern School of Business and the New York City Bar Association. He has appeared on CNBC's "Power Lunch", “Closing Bell” and "Nightly Business Report," ABC's "World News Tonight" and "Good Morning America" as well as in The New York Times and The Wall Street Journal, among others.

Douglas received his B.S. from the University of Florida and his M.B.A. from the NYU Stern School of Business, with concentrations in finance and management.